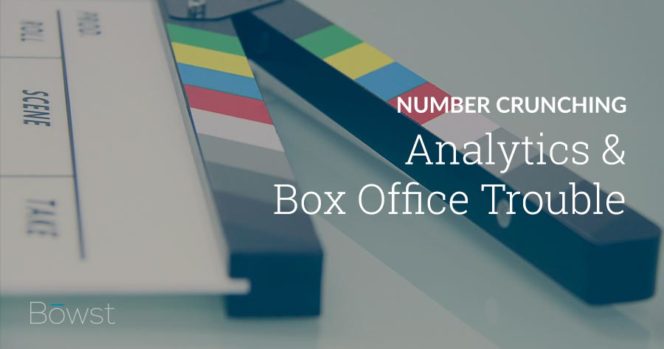 What was the last movie you saw in a movie theater? If it has taken you more than 5 seconds to answer that then you probably haven’t been to a movie theater in the past few months. And based on the Box Office numbers, you aren’t alone in that. August 2017 was one of the worst months for the film industry in the past 20 years. But who is to blame? Hollywood? Reviewers? Us? Global Warming?

When it comes to the film industry, the dollar sign has become more and more of an indicator of success over a film’s critical acclaim. Blockbuster films (particularly summer ones) can earn upwards of a billion dollars worldwide before leaving the Box Office, and given the cost of making and marketing those films, that profit margin is absolutely necessary. So when the Box Office and Hollywood begin to take hits in the wallet, they begin pointing the finger at review sites like Rotten Tomatoes (See “Attacked by Rotten Tomatoes” at the New York Times). But is that fair?

Rotten Tomatoes is nothing new. Having launched in August 1998 they have been around for almost 20 years, but the ubiquity of their reviews, specifically the Tomatometer’s Certified Fresh or Rotten system, has recently caused more concern for Hollywood. Sure, a “Rotten” review for a film could deter a person from going to see it, and a “Fresh” review could do the opposite, especially when these reviews can come out ahead of the film’s debut. The real issue is that this is just one data point in a sea of information that influences everyone’s decision to go to see a movie. And that is where appropriate analytics come in.

If we consider a user’s interaction via the web alone we can look at Google Analytics to find statistics such as what people are searching for, how long they spend on a movie theater or movie review site, how many pages they view on said site, and what pages they enter and exit on. This type of information can help us (and Hollywood, if they’ll listen) better understand the impact marketing material, reviews, trailers, and associated content has on users, aka potential viewers. Having a review score on the page from Rotten Tomatoes or Metacritic or wherever can certainly reduce the amount of time a person needs to spend when deciding whether or not to buy tickets. 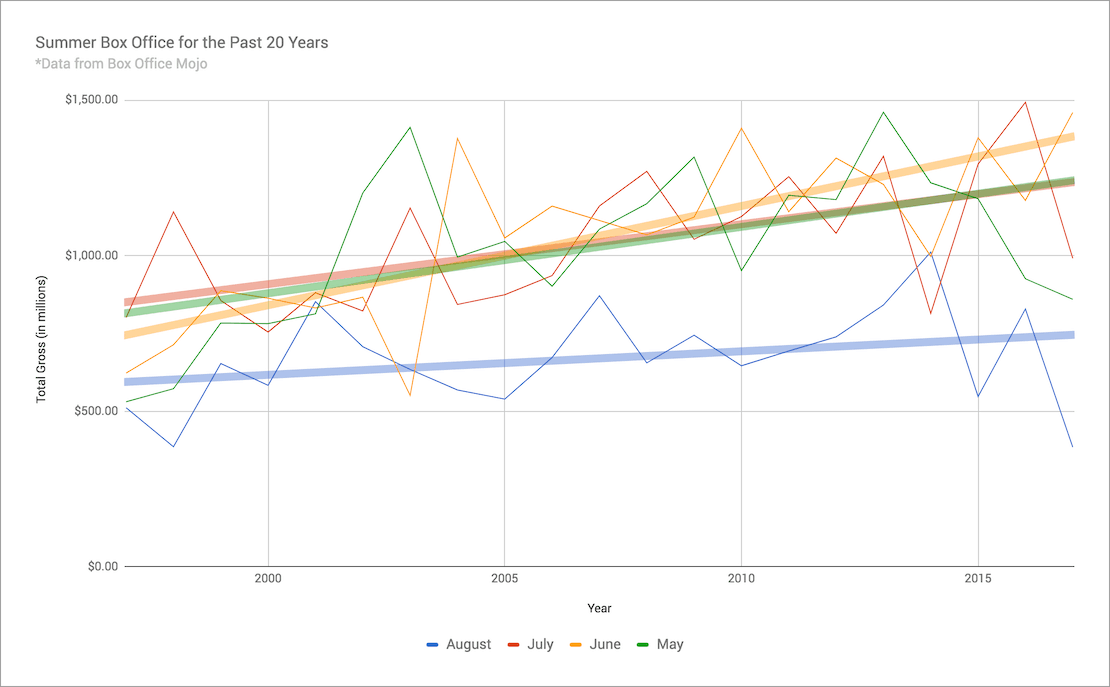 There’s also the plain and simple fact that even though Hollywood is freaking out over how much emphasis is being placed on Rotten Tomatoes and other review scores, the average monthly scores haven’t changed much in the past year or so, remaining pretty stable around 55 since January 2016 (which is 2.5 stars or 1 thumb up? I’m not sure what the exchange rate on stars and thumbs are these days). Not only that, but the summer Box Office is actually still trending upward over the past 20 years, even if you include August 2017 in the mix (the worst recorded month in over 2 decades). There are plenty of other factors at play, such as current events, weather, and word of mouth. And let’s not forget about Netflix, Amazon, and HBO’s impact on the film industry. The internet and those “smart” devices in our pockets, on our wrists, and practically glued to our eyeballs these days, can bring way more information to us at an alarming rate, and we all need to do a better job of digesting it in order to improve our understanding of users and viewers of our content.

Well at least there’s Thor: Ragnarok and Star Wars: The Last Jedi to look forward too.

If you’re looking for help in analyzing your web related data, look no further. Contact us to further discuss your data analysis need here. We got you covered.